Jason Allen Live at The Table at Madeley! 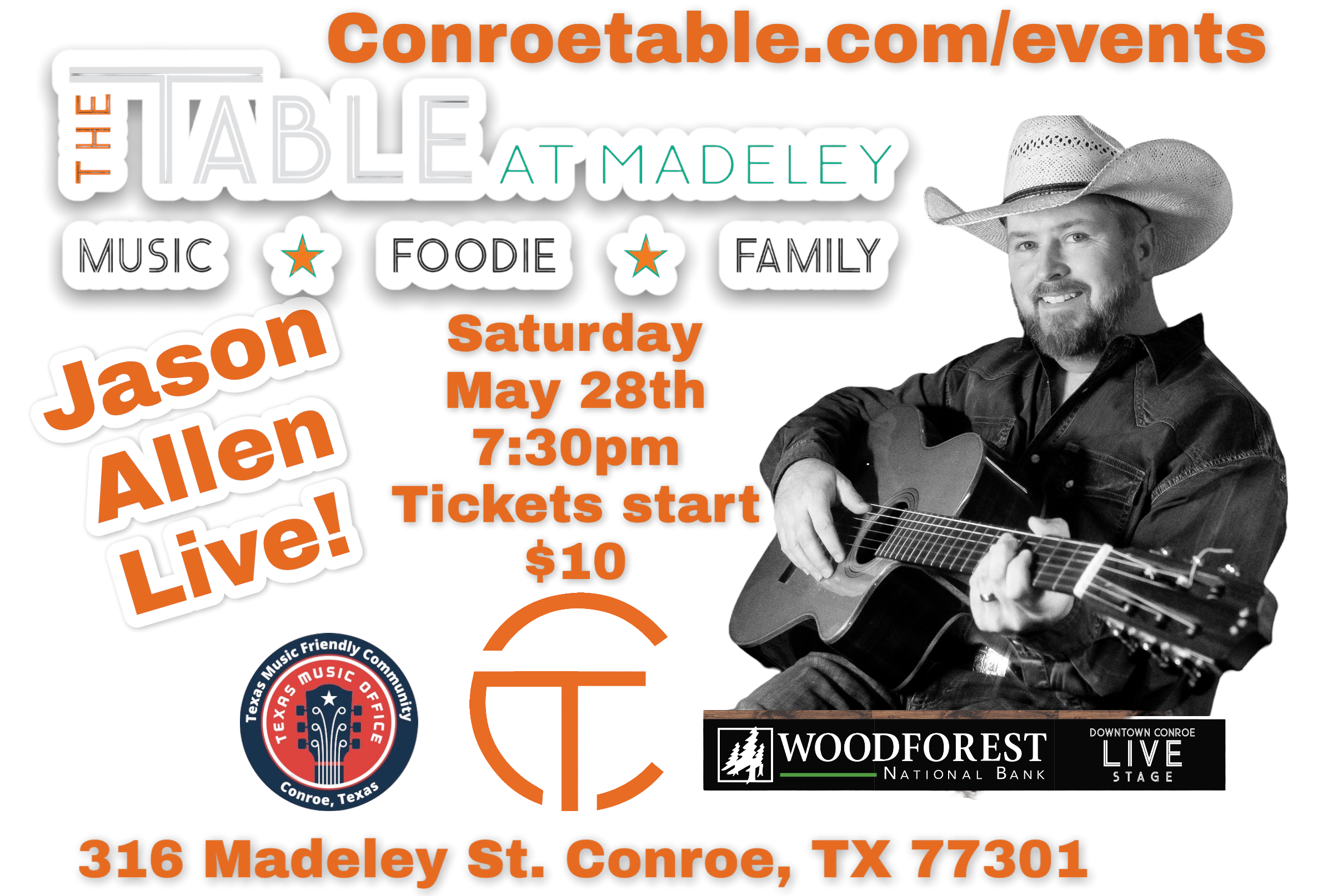 The Table at Madeley and Woodforest Bank presents Jason Allen on the Downtown Conroe Live Stage.

Having two #1 hit singles on Texas radio, with over five singles in the top ten and five albums under his belt, Allen has released his sixth album “Here’s To You”. Recorded in Tyler, TX at one of the most desired destinations of Texas artists today, Rosewood Studios. Working with award winning producer and owner, Greg Hunt, along with the best of the best musicians Texas has to offer. As a writer on every track of the project, Allen opens his heart to you as the listener and finally feels he has captured his true style as a recording artist.

Not only has Allen been getting around as an artist but as a song writer as well. He has been busy not only with his own songs but also writing songs for some of the top and the newest artists on the scene, Kevin Fowler, Kyle Park, Jon Wolfe, Mario Flores and Jason Cassidy just to name a few.​

Hitting the scene in 2001 and still going strong through the rapidly changing Texas market and holding a loyal fan base ranging anywhere from 9-90 years old says a lot about Jason Allen as an artist.